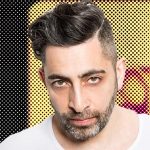 It's all house or techno to me.

Following the unexpected success behind his debut ‘Got A Feeling’ in 2013, Josh soon went on to pick up multiple industry awards from Beatport and DJ Mag, whilst releasing on Roush, Cajual, Madtech, Avotre, VIVa and Noir, to name just a few.

Boasting remixes for Fatboy Slim, Carl Cox and Joris Voorn, warming up for the multi-grammy award winning Nile Rodgers and Chic, and EPs on Rejected, Defected, Poker Flat, Kaoz Theory and 8Bit, it’s easy to see why his diary has seen him tour the globe. This includes numerous Ibiza residencies and appearances, festival sets including Glastonbury, SW4, Defected Croatia, Parklife, Secret Garden Party, and multiple European, US and Australian Tours.

Meanwhile, he also put out his vital entry into the Essential Mix series doing two, so remains a pivotal figure in the house scene.

Recent years in Ibiza have seen Darius take on busy weekly residencies for some of the White Isle’s most celebrated clubs, including Space Ibiza, Vista club and Sankeys Ibiza, as well as guest slots at DC10, In 2018, Darius carried out his Ibiza residency for Do Not Sleep at the famous Amnesia, where he held down resident duties playing alongside the likes of Cassy, Martin Buttrich, Floorplan/Robert Hood, Alan Fitzpatrick, Josh Wink, Nick Curly, Point G and DJ Sneak.

2019 saw Darius launch his new project Moxy Muzik, which is both a record label (vinyl & digital) & party concept, which sees Darius play long extended sets in small intimate clubs. The labels launch saw the first release sell out on vinyl & require a repress & the digital going straight in at number one on Beatport ́s minimal deep tech genre. ‘Dance of the Shaman’, the first release by Darius, was also supported by the likes of pioneers such as Derrick May on his boiler room, Laurent Garnier & many more.